In 2015, China became world’s largest producer of photovoltaic power, and this is clearly a policy enshrined in the 13th five-year plan (2016-2020).[i] This plan calls to increase installed wind power capacity to 210 GW and solar PV capacity to 105 GW by 2020 – about a third more than in 2016, although developers’ enthusiasm means that the solar PV 2020 objective will be achieved in 2018, given 34 GW added in 2016 and 54 GW in 2017 – more than the rest of the world combined. To put this 54 GW in context, it is a third more that the nameplate capacity of the electricity producers in the province of Québec.[ii] However, contrary to what happened in Europe, China’s policy followed the initial price reduction in wind and solar power. If Europe lit the renewable fire some time ago, China now fuels it. 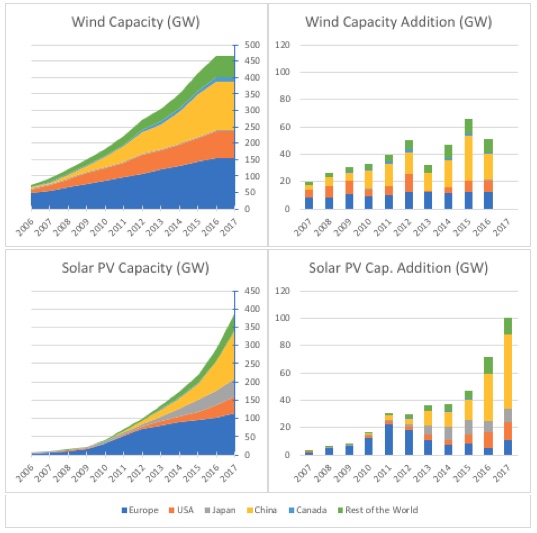 Figure 1 The growth of wind and solar PV capacity saw Europe leading in early years, but China is now the main source of growth.[iii]

China now dominates new installed capacity for wind and solar PV, and this keen interest is enshrined in its 5-year plans – China will continue to have the largest share for years to come.

While new generation capacity from wind and solar is being installed at an increasing rate, investments have been essentially flat since 2011, compressed by dropping unit costs:[iv] 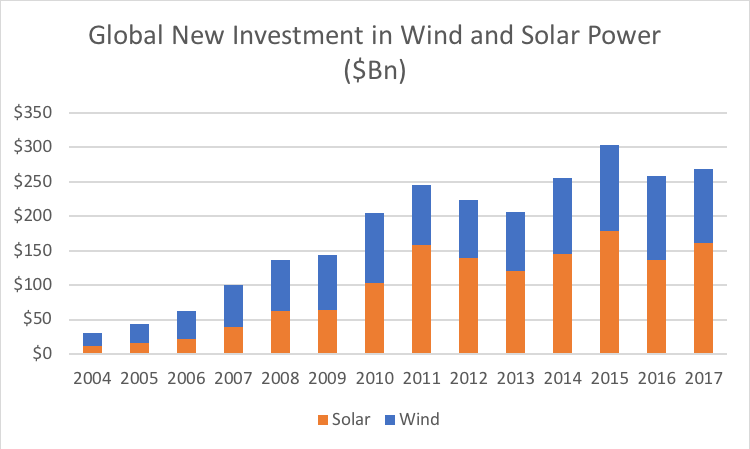 Figure 2 While new generation capacity from wind and solar is being installed at an increasing rate, investments have been essentially flat since 2011.

With lower unit costs per MW, developers can install more capacity for a given investment. This phenomenon can be expected if wind and solar technologies follow a pattern like Moore’s Law – we are not paying more for a computer than we did years ago, we are just getting more for the same price (or even lower price).

This flat 2011-2017 trend also masks major difference across the world: China’s new wind and solar investments went from $42B in 2011 to $123B in 2017 – almost half of global investments. Conversely, European investments went down in the same period, while North America was relatively flat. Canada’s investments in 2017 were a modest $3B.

The domination of Chinese investments is even greater when one considers China foreign investments in clean energy. China being already the largest market for renewable energy, it is developing the renewable sector internationally, aiming to be a leader along the entire value chain. China’s Belt and Road Initiative (BRI) is driving Chinese energy investments overseas. The initiative already has driven solar equipment exports of U.S.$8 billion.[v] China is not content to be a manufacturer and it is also looking for opportunities to develop Engineering, Procurement and Construction (EPC) standards that it can apply internationally, plus operating credentials. China is building corporate giants to fulfill those ambitions, such as Shenhua Group, now the largest wind developer in the world, with 33 GW of capacity.[vi] In 2016, Xinjiang Goldwind ranked 3rd for onshore and also 3rd for offshore wind turbine manufacturing[vii]. China has become the number one exporter of environmental goods and services, overtaking the U.S. and Germany.