Solar power was once so costly it only made economic sense on a spaceship. As costs went down, volumes went up, driving costs further down, which drove volume further up, which drove costs further down… and so on. The spaceship has come down and has now landed on Earth — no wonder that this new reality seems alien to many. Close to earth, wind power is even larger than solar and follows a similar virtuous cyclone, albeit at a more moderate pace, and the latest purchase agreements show that it is still the cost leader (but barely). 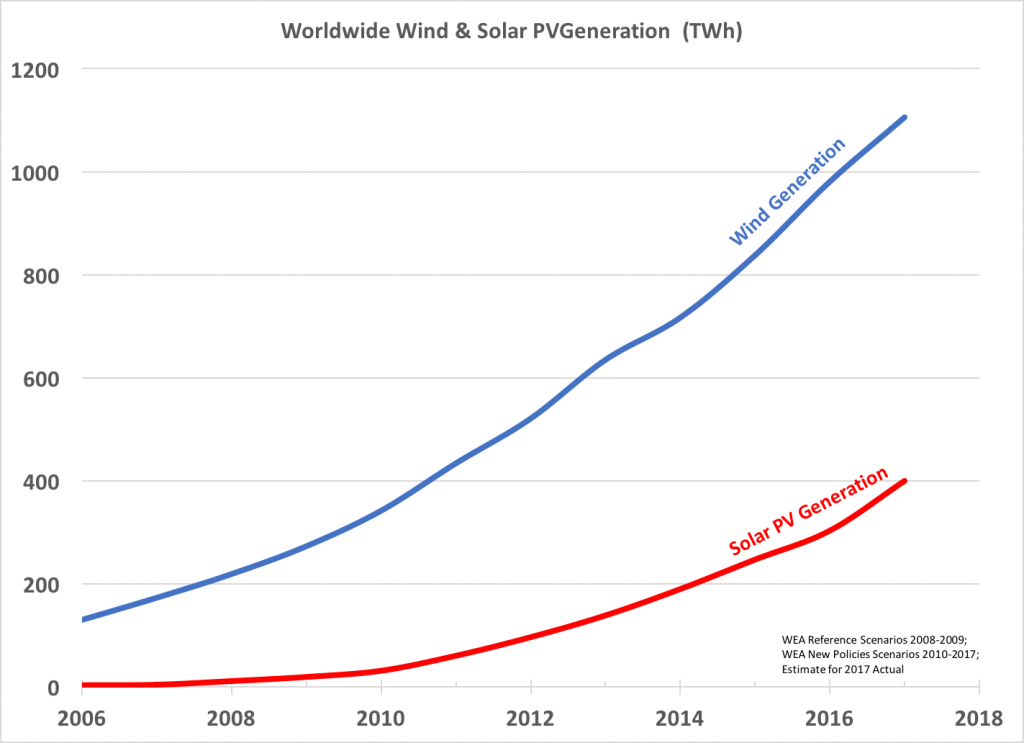 We haven’t yet seen the end of this story.