The NEB published its 2017 assessment on Canada’s energy future a few weeks ago. The NEB, purposely an independent national energy regulator, published this report, part of the Energy Futures series, to be used, among other things, as an input for sound policy making. However, I find it lacking coherent vision.

Curiously, the assessment starts with an admission of failure, with its first “key finding” that the 2017 Energy Futures report is the first where fossil fuel consumption peaks within the projection period. Indeed, each subsequent update since the first Energy Futures in 2007 shows lower and lower fuel use projections: 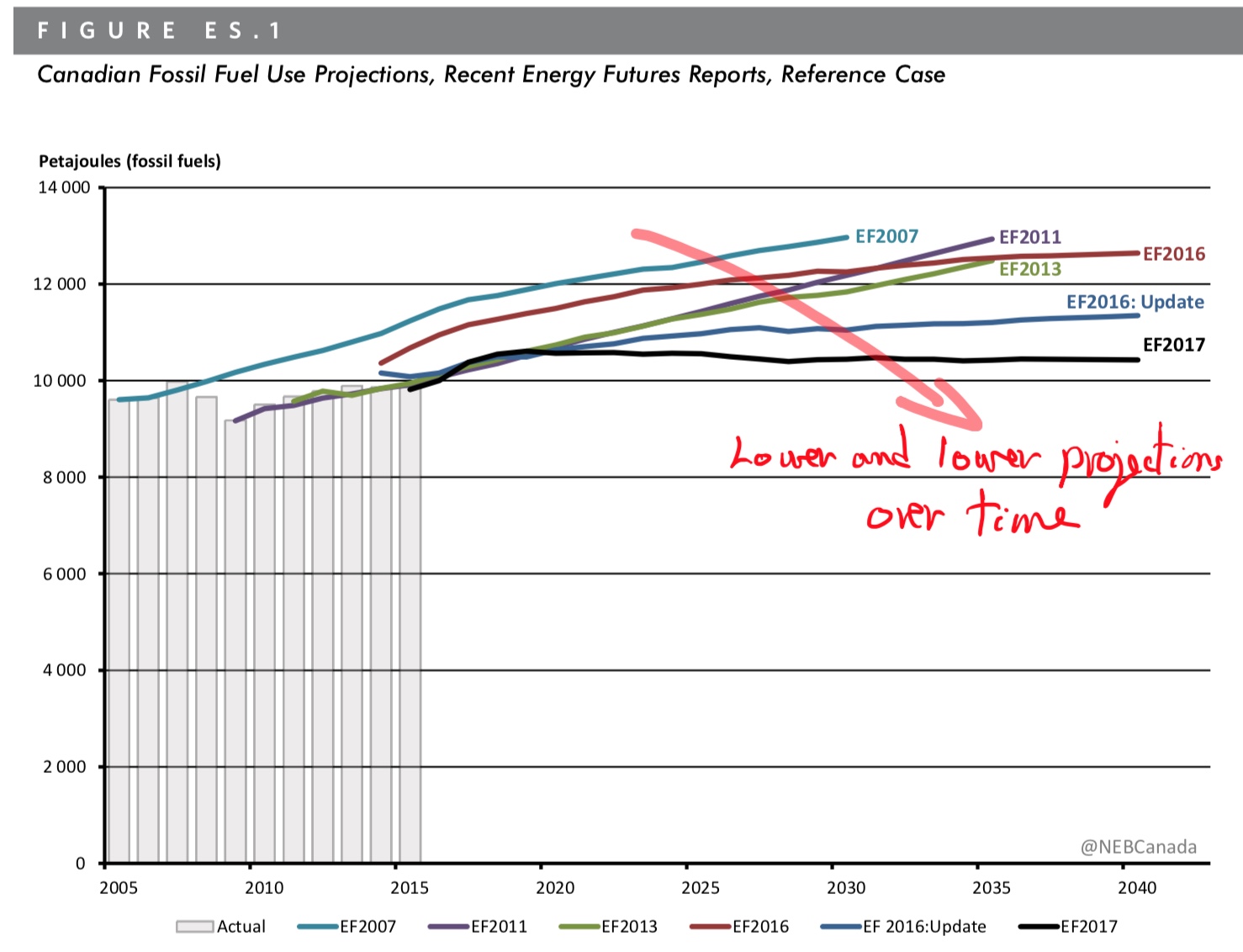 The chart can be interpreted in two ways: the NEB had it wrong in the past, and now they have it right, or, the NEB must again be getting it wrong. Looking at the assumptions shows that it is the later. While the NEB projects a peak in consumption, it also projects higher oil prices (from $50 to $65–80 per barrel of Brent, depending on scenarios), which is rather surprising, especially since it also projects a constant increase in supply for oil sands, up 59% by 2040 in comparison to 2016.

While the report includes projected price for fuel and gas, it, strangely, does not include projection for the price of electricity. There are, however, a number of projections on the change in generation mix and underlying cost and demand trends.

All scenarios show a (modest) increase in the share of electricity in the national energy mix. The “Technology Case” scenario, the most optimistic one toward clean energy, shows a shift toward more electricity and reduced overall demand in the end-use sector, and more renewable generation in the electricity sector—but the changes are rather small. This modesty is justified by a number of assumptions.

The report projects an increase in new electric passenger vehicles—but growth flattening after 2025, justified by the phase out of incentive programs. Essentially, the NEB assumes that EVs will never be truly competitive with internal combustion cars.

On renewables, the NEB an increase in generation and a decrease in costs under all scenarios. However, the projections are nevertheless surprising. The report acknowledges that solar costs have been coming down 20% a year since 2010: 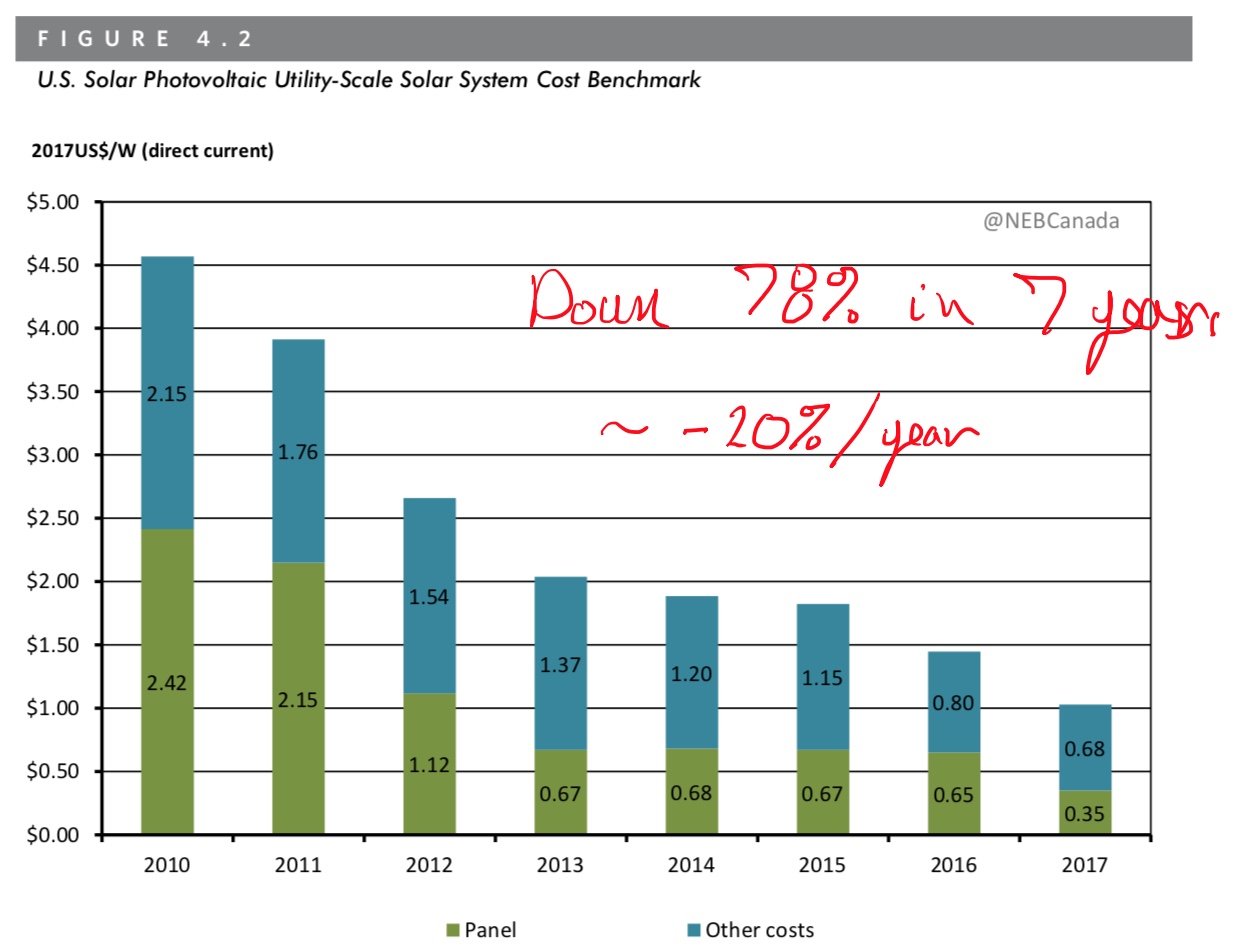 Then, the report projects that future costs will continue to drop at … 3% to 5% per year: 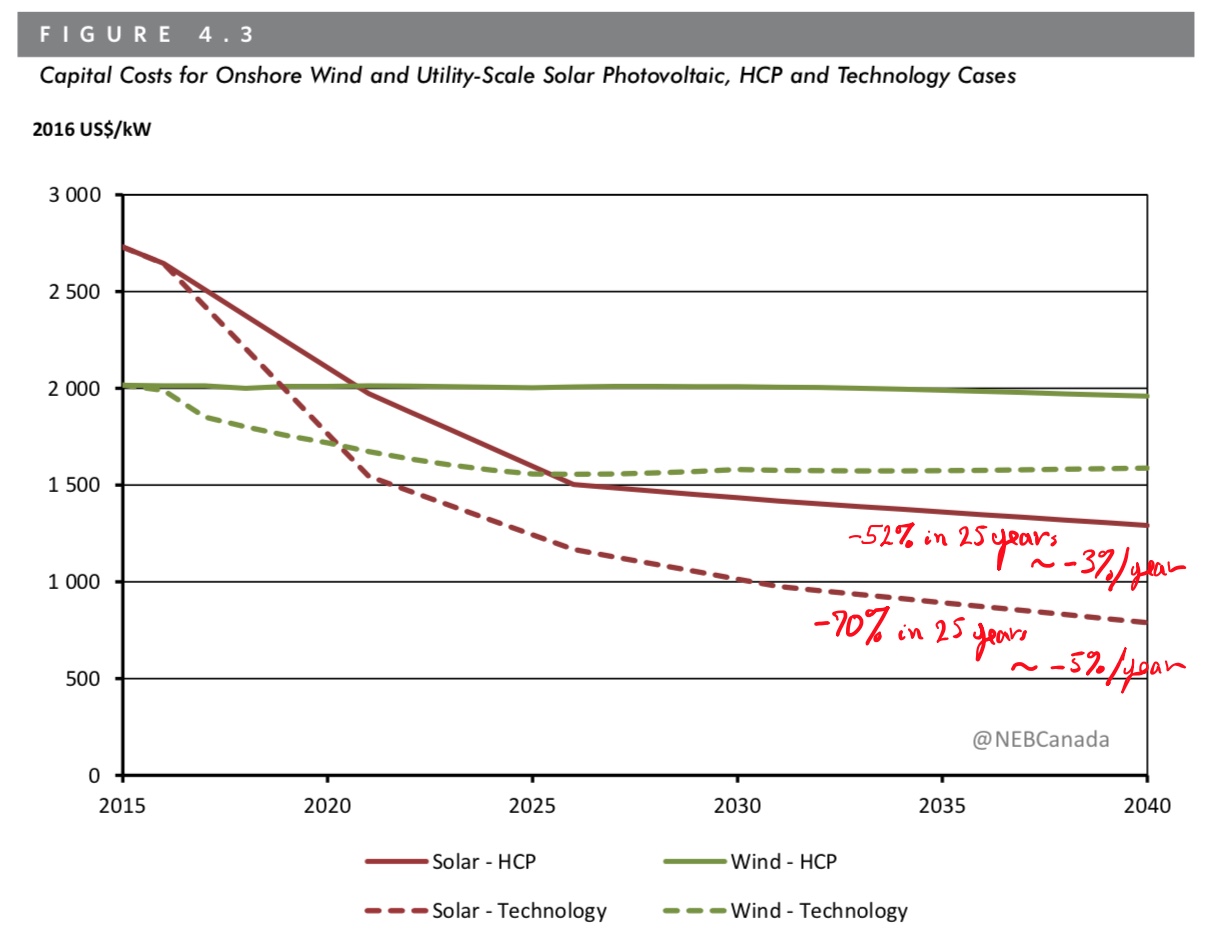 There is no explanation on what might have happened in 2016 or 2017 to explain this surprising shift.

As a consequence, the projection for non-hydro renewable is rather modest, with much slower growth in the future: 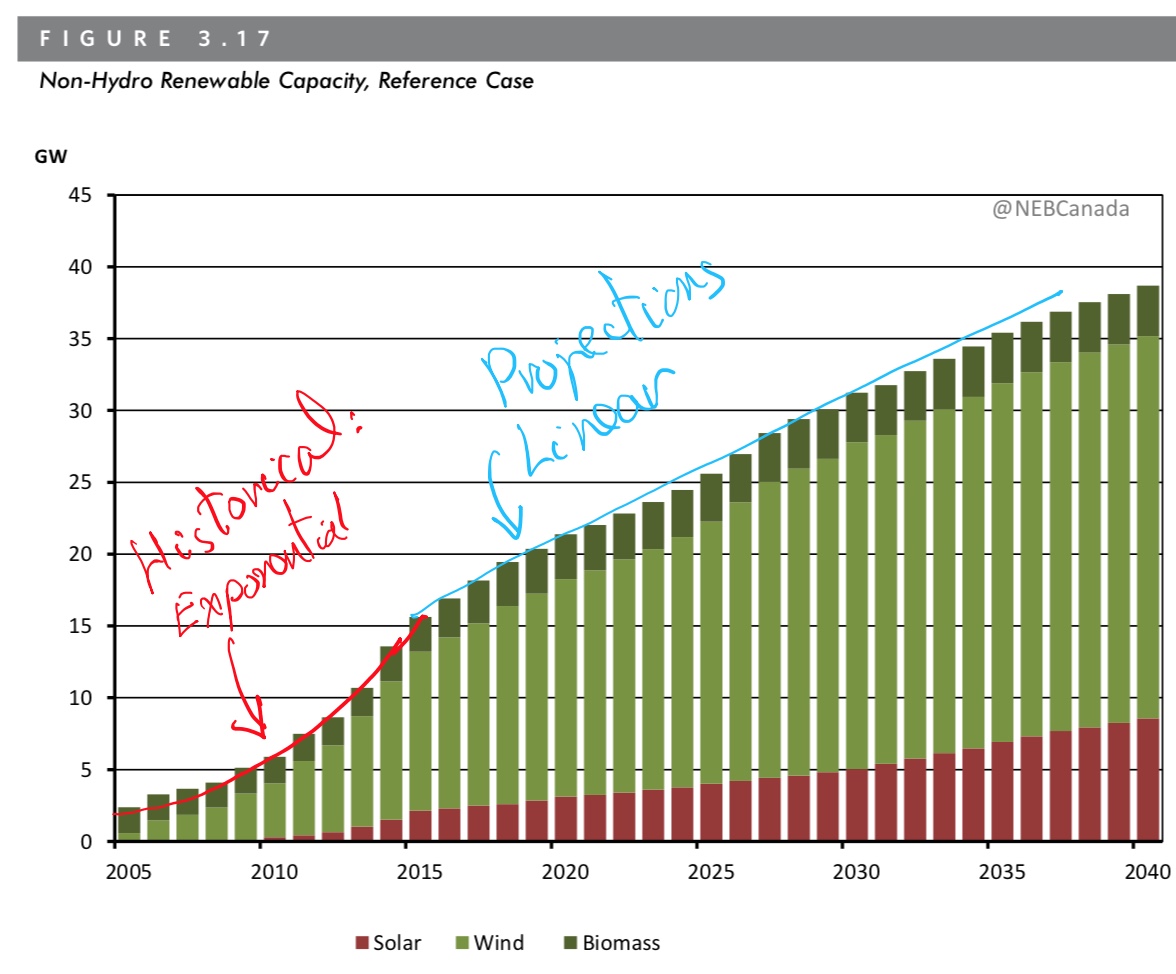 I cannot condone these NEB projections, as they run contrary to what I see in the market.

I just hope that no one uses them to justify how to spend my tax dollars.